RSS Feed
← The Gift of Intercession
Voice of America → 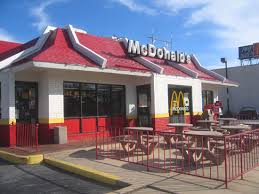 If you have ever seen something that defies logic, you might rationalize this occurrence due to chance, coincidence or dumb luck.  However, when similar events begin to multiple, echoes of the supernatural must be brought into your discussion.  Such is the case of my experiences in youth ministry, with one particular encounter, early on a Monday morning in the fall of 1993.

As a result of the mini-revival taking place in Columbus, Indiana, during the summer of my first year there, students requested several ministry opportunities to grow their faith.  A leadership team and weekly training began, an accountability group started in the fall as did a Life Application Bible Study at the local McDonald’s near school.  One student leader mentioned the importance of starting off each week on the right foot with God’s Word.  Like anything, the crowds were higher in the beginning, squeezing 20 students in the back corner of this restaurant.  However, time whittled the group down to 6-12 regular attenders.  This core had the honor to encounter the woman I call angel number 9. 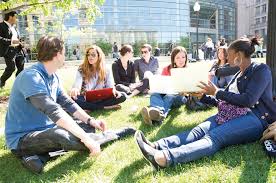 At this point of the year, student’s had begun to fall back into bad habits, struggling to find time for God.  Thus, like a reality show with weekly eliminations, only the true believers stuck it out til the end.  Roughly halfway through my lesson, a woman in her late 40’s politely asked if she could interrupt me for a moment.  With a heavenly voice, full of joy, she commended each student for their commitment to studying the Bible.  Although her message lasted only a minute, the encouraging words she shared lifted up those in attendance. 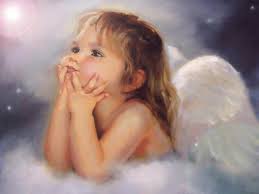 After the study, a few students students stayed behind for a few minutes taking about this woman.  No one had ever seen her, strange for a small town of 25,000 people.  Before I left a year later, no one that I know had scene her since.  This dilemma led several to question, was she real or a messenger from God?  Out of no where, 9 minutes past of the hour, these teenagers were blessed to receive a divine message.  Who else could this stranger be except for Angel #9.