Sometimes…You Have to Do What You’ve Got To Do 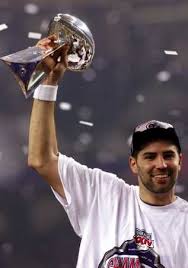 When I entered 2012, I never imagined I would spend the days leading up to Christmas working 6 days a week on the night shift.  I drive to work in the dark, come home in the dark and sleep in the dark during the day, Sunday-Friday.  Thank God I’m not a vampire.  Yet, when you find out you will be losing your job on New Year’s day, sometimes you have to do what you’ve got to do.

This morning the Lord reminded me of the Kurt Warner story.  While trying to keep alive his dream to play professional football, he began bagging groceries for a store in Iowa during the day.  Since his Arena League Football salary didn’t pay for all of his bills, Kurt was forced to find another job.  Deep down inside, I believe the Lord is using this time of transition to motivate me to revise my script so that like Kurt, I’ll receive that call, email or letter informing me that a producer wants to make Express Yourself into a movie.  Until that day arrives, I need to do what I’ve got to do to provide for my family.

Sacrifices are a part of every day life.  This is something God revealed to the apostle Paul following his conversion on the road to Damascus mentioned in Acts 9.  Churches didn’t have enough money to pay for Paul’s missionary journeys.  Thus, Paul became a tentmaker, making and selling tents to supplement his income,  If Paul didn’t obtain a do what you’ve got to do attitude, he might not of ever visited half the areas he did.  Instead, Paul demonstrated Colossians 3:17 and 3:23 throughout his life.  Wherever you are or whatever you do, don’t view your current situation as the end of your story.  Rather, fight through any adversity by doing what you’ve got to do until the Lord leads you to exactly where you need to be!

In case you don’t know the Kurt Warner story, he went from the AFL, to the St. Louis Rams, to the Superbowl, winning the game and MVP honors.  I’m sure the NFL network has youtubes available to watch.