RSS Feed
← The Pain of Sin
An Altar of Tears → Inspired by the first woman to swim the English Channel, a California swimmer attempted a similar feat, trying to make the 22 mile journey from Catalina Island to the California coastline.  Swimming for 15 hours, with a boat on either side of her for safety, a thick Marine layer prevented this woman from seeing the finish line.  Exhausted and swimming blind the entire time, she gave up only a few hundred yards from the beach.  Thus, the fog, as thick as pea soup, eclipsed her glory, failing to make history.

From January 1st, 2012 through March 23rd, 2013, I was living in a dense spiritual fog.  During this 15 month stretch, there were moments, even a day or two, when I thought, finally these clouds are dissipating.  To my disappointment, another layer of fog rolled in, more dense than the one before.  My career path became like a yo-yo, slinky and a series of one hit wonders, showing hope and promise one day, yet gone the next.  As a result, I was ready to quit, as my plans kept coming up empty, Proverbs 19:21. 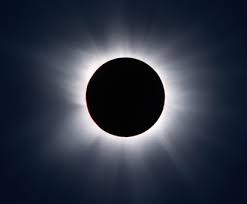 From an astronomy perspective, an eclipse occurs when there is an obscuration of light as a moon or planet intervenes momentarily.  From a spiritual point of view, human beings often seek fame for themselves, stealing God of the glory He is due.  Despite these efforts, the Lord’s purpose always prevails, using the weather to steer you in the direction, toward His will.  Therefore, move out of God’s way, let Jesus take the wheel, Ephesians 2:10 and submit to the Creator’s commands in Philippians 2:13-14.  Then, you can experience the eclipse of God’s glory!